Showing posts from July, 2013
Show all

A Treasure in the Vines....Waverly Plantation

July 31, 2013
Imagine a dream.  A dream in which you are wandering through the woods and discover a beautiful, long forgotten home.  A home which rises above jasmine vines wrapped tightly around graceful columns.  A home which has endured the ravages of rain, the heat of hot Mississippi summers, the infestation of bees and bats, and yet still retains the grace of a bygone era.  Such a dream came true for the Snow family. Robert and Donna Snow owned an antique store in Phildelphia, MS.  One day a salesman stopped by and told them that he had gotten lost down by the river and found a beautiful home, hidden in the woods near West Point, MS.  According to Melanie Snow, one of the Snow's children, her parents stayed up all night thinking about the home.  The next morning they told their children that they were going on an adventure, packed the kids in the car,  and off they went.  Imagine their delight when they discovered this beautiful home . . . Waverly.  Mr Snow is quoted as saying, “As we c
16 comments
Read more

A Vintage Christmas in July!

July 15, 2013
Do you like Christmas in July events?  I must admit that I love early Christmas blog posts and craft link ups!   It gives me the opportunity to do a little pre-Christmas organization and planning.   How about a vintage Christmas card mosaic to get you in the mood for Christmas in July?   Blessings from Still Woods Farmhouse! Sharing today with: Metamorphosis Monday   Mosaic Monday at the Little Red House Rose Chintz Cottage   One Project At A Time
32 comments
Read more

A Cool Dessert for the Hot Summer Days

July 13, 2013
On a hot summer day, nothing tastes better at the end of a meal than a refreshing, cold dessert.   This is one of my family's favorite desserts.  It is known by many names, but we call it Five Layer Delight. The Starting Line-Up: 1 Cup All Purpose Flour 1 Stick of Butter 1/2 Cups Chopped Nuts 8 Ounces of Cream Cheese 1 Cup of Powdered Sugar Large Cool Whip 1- 3 Ounce Instant Chocolate Pudding 1- 3 Ounce Instant Vanilla Pudding 3 Cups of Milk  (divided) This dessert is comprised of several layers.  Let's get started on the first layer . . . my favorite layer!  Preheat oven to 350 degrees.  Melt the butter and mix together with 1 cup of all purpose flour and 1/2 cups of chopped nuts.  I used pecans today.  Press the mixture into the bottom of a 13 x 9 pan and bake at 350 degrees for 15 minutes.  Cool completely. The first layer has been cooling, so let's get busy on the 2nd layer.  Using a mixer, beat together 8 ounces of cream cheese with 1 cup of powdered s
12 comments
Read more

Mosaic Monday: For the Love of Milk Glass

July 07, 2013
I have always wanted to participate in the Mosaic Monday blog party at The Little Red House; however, I must admit that I do not always take the time to learn various techniques.  So here is my first attempt!  I promise I will get better! Thanks to Foto Flexer and Pic Monkey for the help! Here is another one I did.  Can't decide which one I like better, but I had fun playing!  Blessings from Still Woods Farmhouse Partying for the First Time with: Mosaic Monday at the Little Red House
51 comments
Read more

Putting On a Little Red, White, and Blue

July 03, 2013
Patriotic decorating is a fantastic way to display your American pride from Memorial Day until the 4th of July. I begin decorating early in May.  Of course, no self respecting farmhouse is complete without bunting falling gracefully from the windows.   The cloth bunting tends to be a little pricey, so I shop the "after" sales.  I probably picked each cloth bunting up for no more than $5.00 each.  Patriotic and thrifty!  Using the large, suction cups keeps the bunting up even in the strongest of winds.  One of my favorite decorations is this picture my youngest son took.  The American flag in the picture was flown over our nation's capital at the request of Congressman Gene Taylor.  The Bible is opened to Isaiah 40:31, " But they that wait upon the Lord shall renew their strength; they shall mount up with wings as eagles; they shall run, and not be weary; and they shall walk, and not faint."  Laying on the Bible is his Eagle Scout badge.  He framed eac
31 comments
Read more
More posts

A Little About Me

Life at Still Woods
Welcome to Life at Still Woods Farmhouse! I am a Christian wife and mom, living in south Mississippi. I am happily married to a wonderful man and mom to two terrific young men. I adore anything vintage, spending time with my family, old movies, antiquing, baking/cooking, and making my house a special home. Glad you stopped by! For daily posts, please follow me on Instagram @stillwoodsfarmhouse

Still Woods Has Been Featured At: 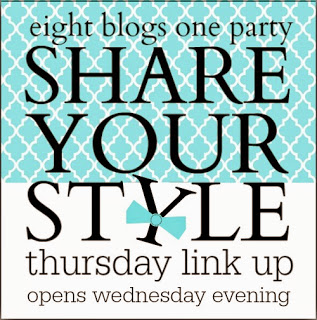 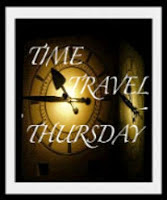 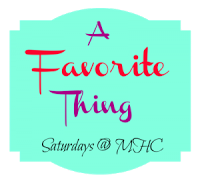 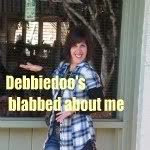